The project has been planned From the necessity of having an innovative school, in which the spaces are well defined and recognizable but at the same time flexible and permeable, It reflects in height the sinuous forms designed in the plan.

Every element of the composition merges in the whole, leading the child in his paths discovering the surrounding space, where there are no fences, straight angles, in which the architecture is a continuous developing, stimulating the discovery and play. The floors collaborate with the dynamism of the spaces.

The heights change according to the function and the natural enlightenment necessities of the class. The whole building can be divided into two independent areas thanks to the use of sliding partitions. The first part of the representation, exploitable also after the scholastic time by external users. The second one is strictly didactic.

The plan of the building has been divided this way in the prevention of a future enlargement of the complex with the addition of classrooms. The most representative space is the atrium-agorà, which is a filter between the familiar and scholastic spaces, the core of the activities aiming at the participation and collaboration of children, teachers, and parents.

All the functions are accessible from this distributive space. Nevertheless, it has not only the connection function, but it widens up and compresses, it penetrates other ambiances leading the child to the entrance of the classrooms. It can gain, on some occasions, the characteristics of an equipped space. 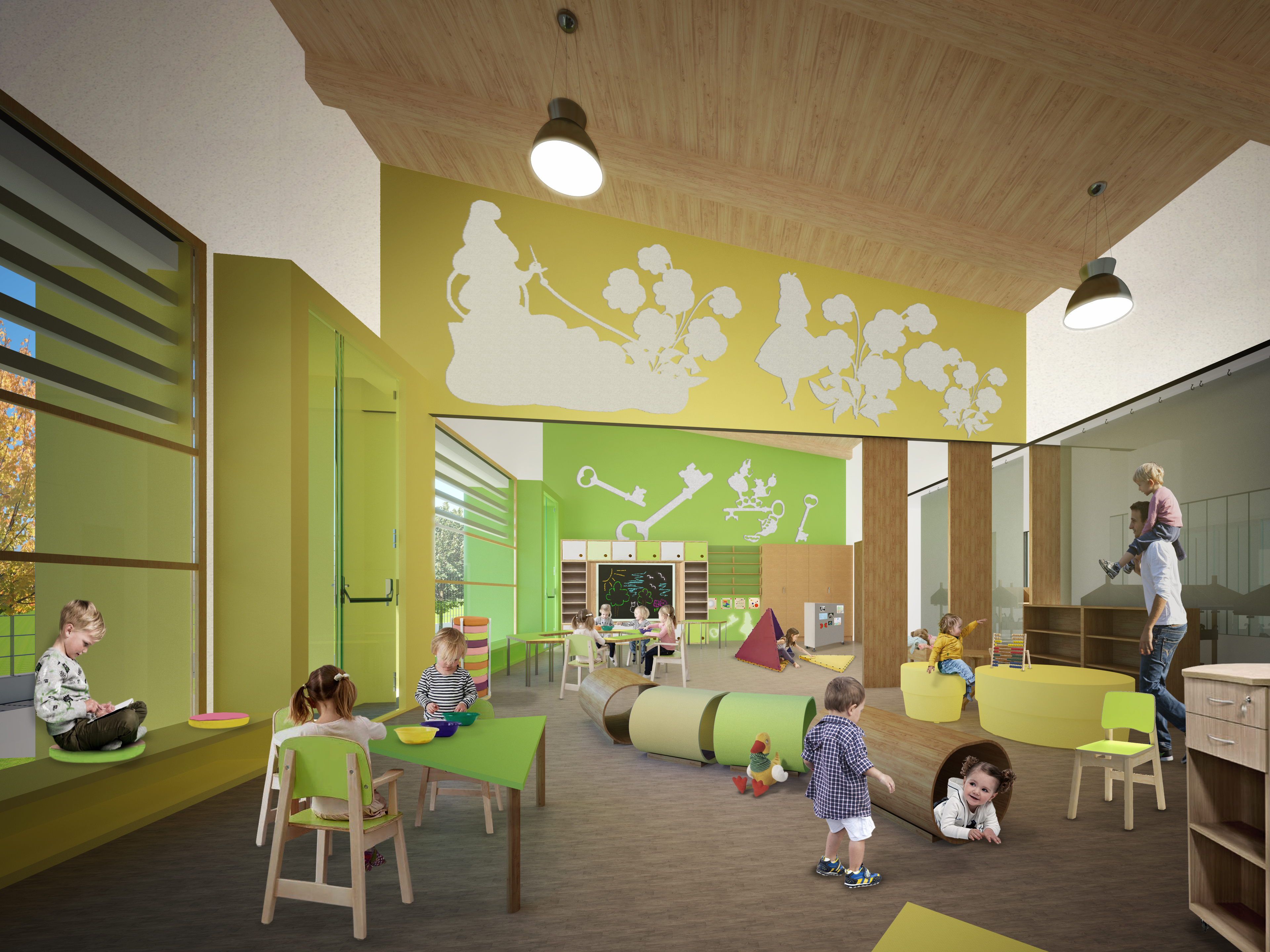 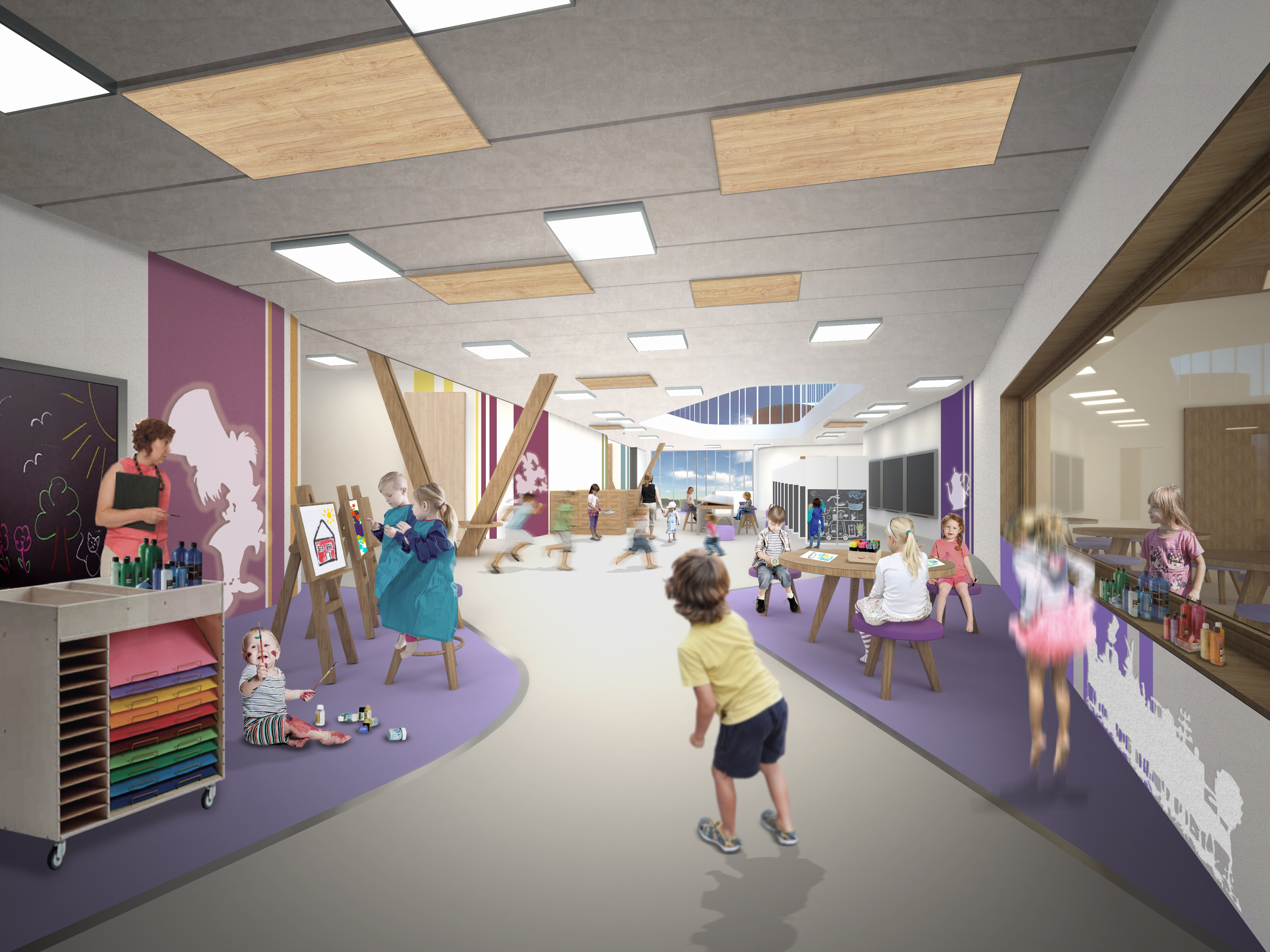 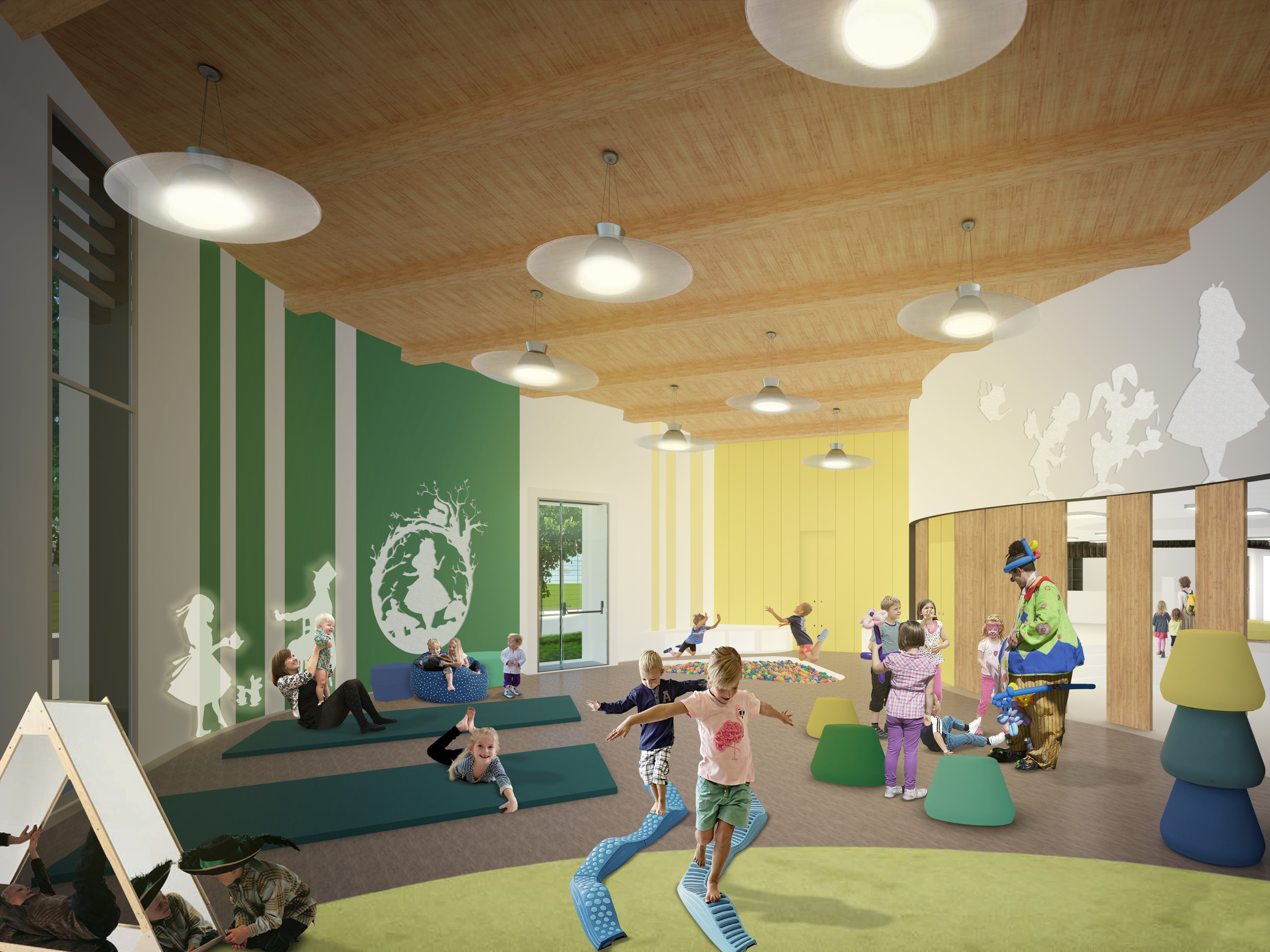 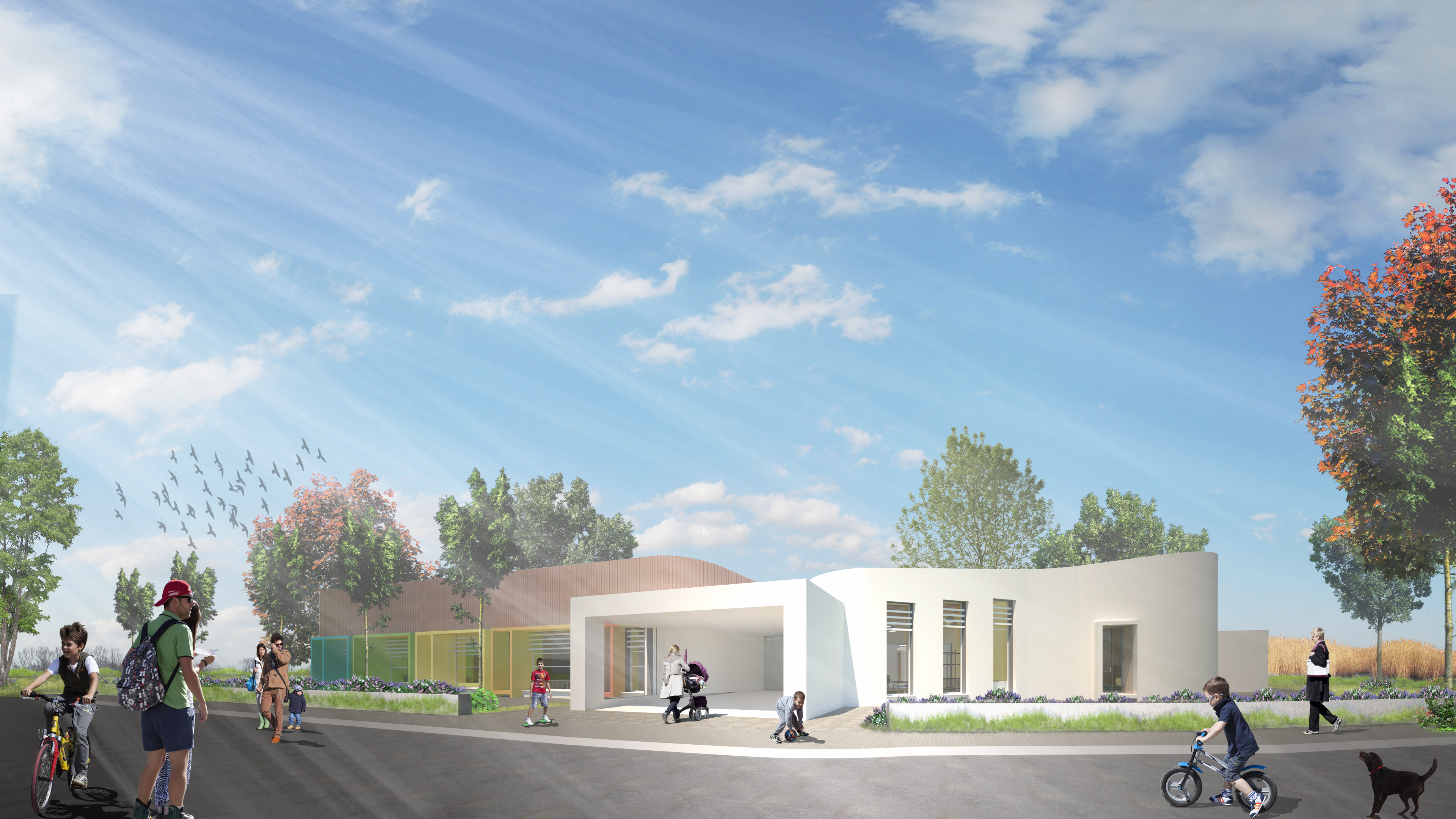 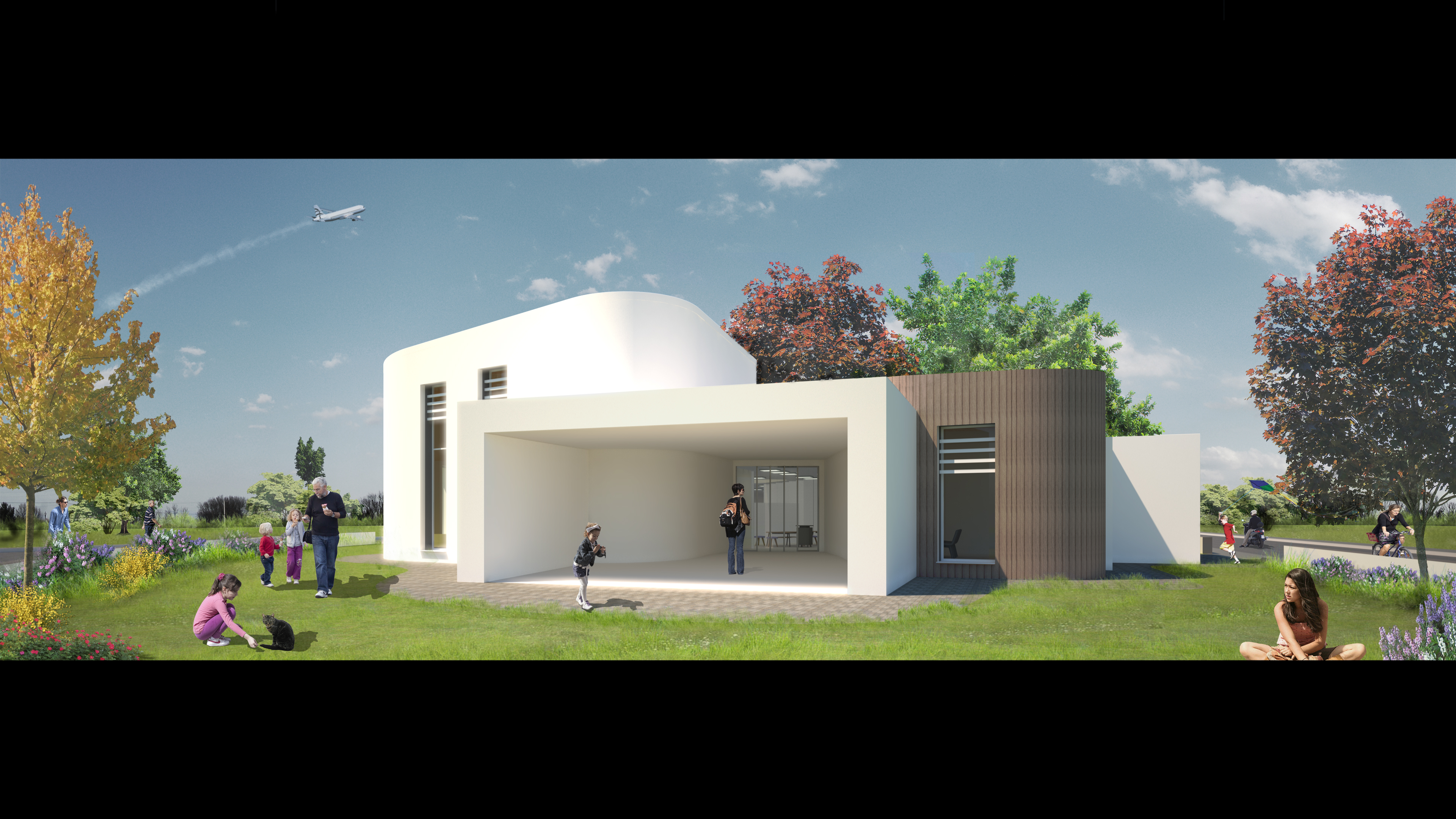