The building fits on the terrain with a natural elevation profile as a hill, which shows itself to the city as a lure spot. A new centrality captured in an organic form born from the terrain and drawn with a profile that recalls the mountains that characterize the northern skyline. The green follows the curvy movements of the covering hosting new trees.

The building is characterized by a level underground, equipped with an external theatre, where are placed a big gym, a small gym and all the service rooms as dressing rooms, warehouses, hygienic systems; the second level at +0.00 height includes the reception spaces like entrance, ticket booth, atrium, and refreshment spaces.

The curvy shape is very useful for the building’s climatic characteristics connected to the ventilation and cooling. 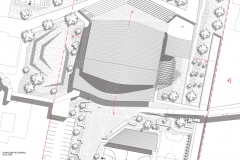 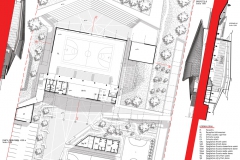 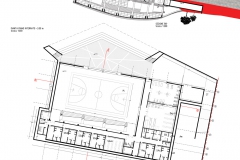 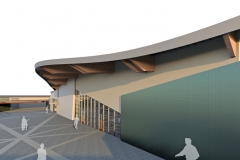 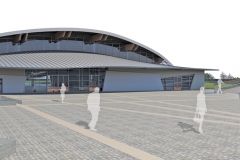 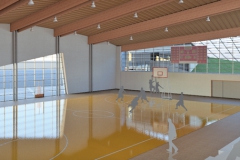 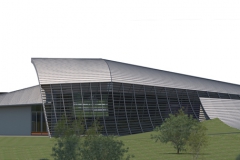 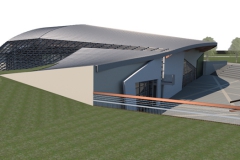