The building is composed of an organic volume’s organization that hosts several functions. It wants to represent the new urban image of the SGR, summoning an identifying landmark for the society.

The volumes movements, which contain the activities, have their origins into the atrium with its triangular form connecting the several zones to each other and have a central role in the environmental matter too.

Contrary to the other volumes where prevails the mass of the walls, into the atrium the lightness is the leitmotiv. 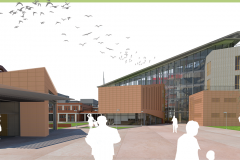 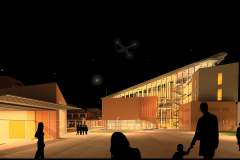 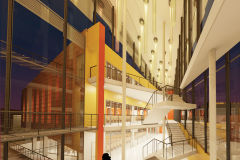