The planning seeks apart from being oriented to the construction of a good shelter, which has regarded also the environmental requalification of the area in which the new hospital is located. Into the project the natural elements have been used as modeling tools: with the study of the breeze has been generated the dynamic form of the building which is associated with the movements of the rivers also. The volumetric dynamism suggests the path, which leads to the guest to the main entrance and continues into the inner main street.

The green passes through the building with courtyards, paths, and high bioclimatic greenhouses, until the arrival on the top of the building, which has the function of the rooftop garden; the sun has suggested the form and the finishing of roof and facades, with wood, steel, and photovoltaic panels shading elements.

The maintenance of the free ground and the preservation of the botanic garden has suggested the planning of a compact form gathered around the main street: the articulation of the gulf and the see sight have influenced the project into the creation of several glimpses from the rooms of the guests which can valorize the beauty of the landscape to heal the psychologic patients illness. 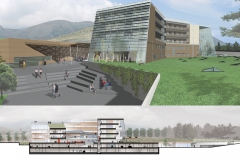 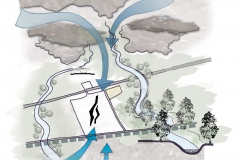 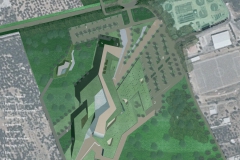 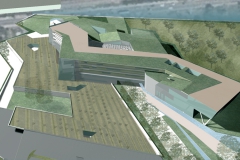 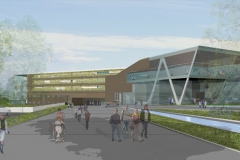