The architectonic and urban project develops around the idea of creating a second urban spot around the new headquarter of the BCC, which would work as a crux around which all the city will be redeveloped. The project proposes a strong and symbolic architectonic idea, composed of volumes and geometries able to create recognizable features in a context full of traditional buildings.

The volume which contains the headquarter of the BCC of Buccino is modeled by the functions which contain as if it was made by blocks of stone drilled to generate the more comfortable spaces possible to contain the functions required by the competition announcement. 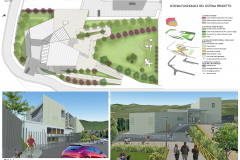 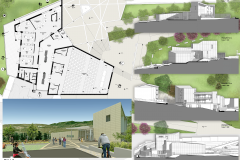 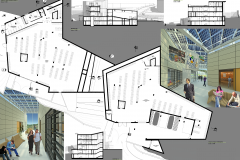 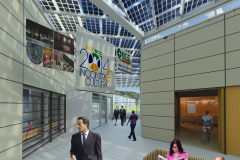