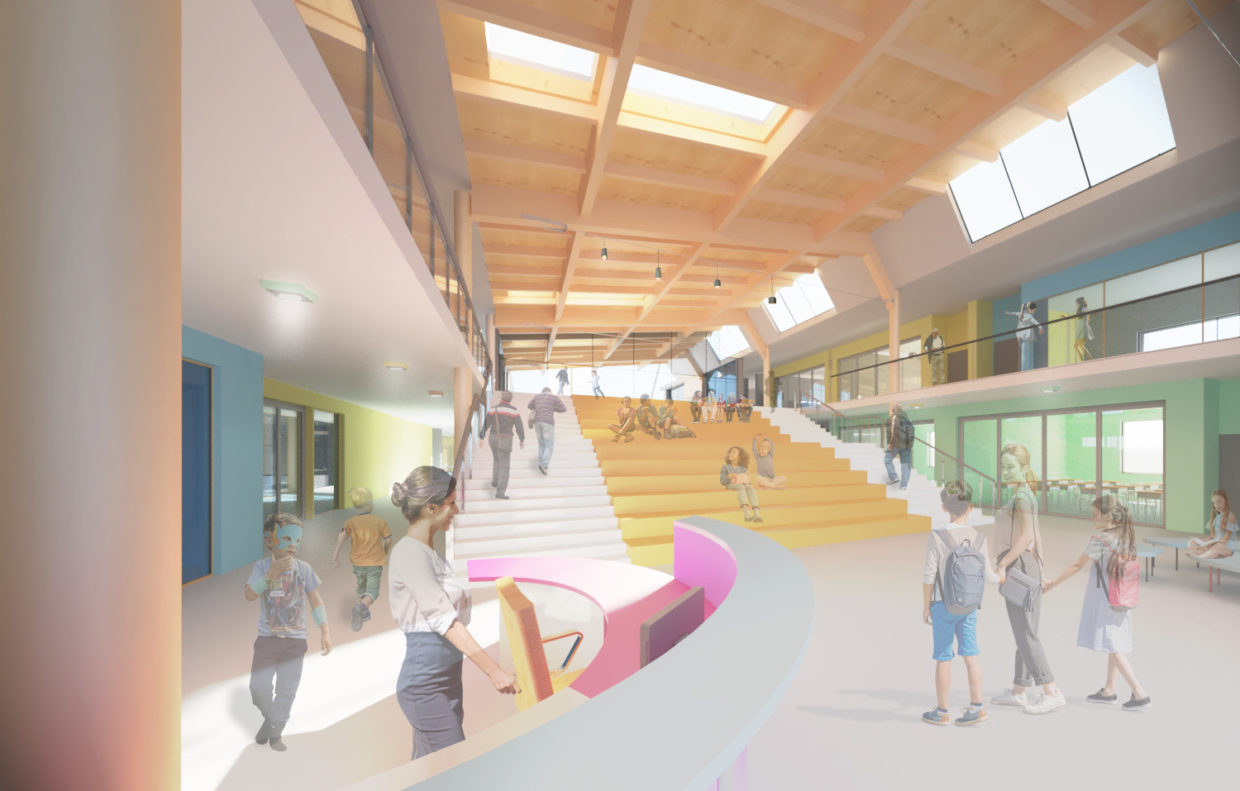 The new school presents itself as a composition of different volumes, similar for dimension to the ones in the surrounding urban context and well-integrated with the environment. The union between these volumes generates two inner courts. The first one is the square at the entrance of the school, the spot of connection to the city. The second one is internal and for the exclusive use of the school for didactic or recreational activities. The connection between these spaces is represented by the atrium, the beating heart of the school.

The function’s organization gathers around it, becoming not only the physic center of the complex but also the psychological, didactic and relational one. The atrium is a space that hosts, that puts the students in connection giving them a large stair as a relaxing and meeting space. It can be used to attend concerts, projections, and collective lessons. It is a fascinating polyfunctional space where the different realities of the city can merge to improve the curiosity of the students.

The school develops starting from and around this hub with the connections which embrace it and which distributes the students in the different didactic rooms all over the two levels composing the school. This is a simple organization of immediate understanding which generates a sense of belonging. The classrooms and the laboratories are distributed on a connection space which can be used by the classrooms themselves as a didactic area through the sliding of the partitions. 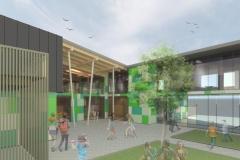 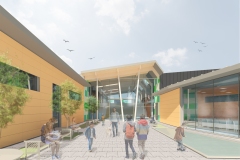 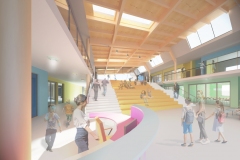 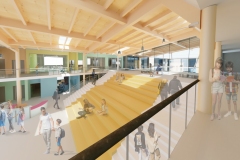